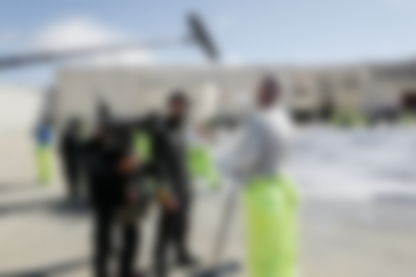 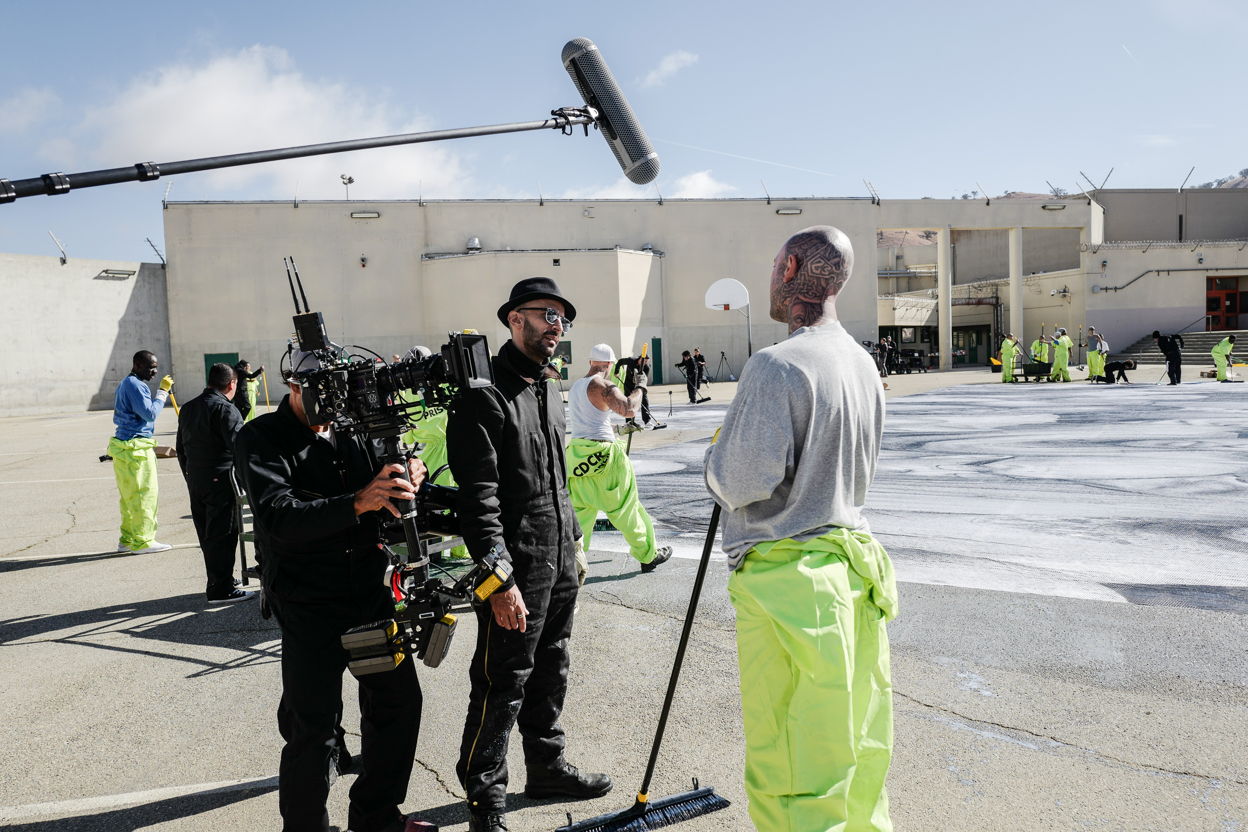 The film will be shown for the first time in Russia on November 9 (three days before the world premiere in the US).

This will be a closed event. The number of guests is limited. Manege and the Institut Français in St. Petersburg will provide 20 invitations to attend the film screening to fans of JR’s work. To be eligible to receive an invitation, please fill out the application.

On November 3 we will randomly select 20 lucky applicants who will receive an invitation to the screening.

The event will be held in compliance with the necessary safety measures. To attend, you must have a QR-code indicating that you are either fully vaccinated or have recovered from Covid-19, or have an official medical exemption from vaccination.

In his most recent film, JR turns the camera on his own work as he builds some of his most monumental projects. From early illicit graffiti videos captured on Paris rooftops at night, to the US-Mexico border, to the favelas of Rio de Janeiro, to a current collaboration at a California supermax prison, the film follows JR as he turns these communities inside out, turning images of residents into eye-catching and immersive art installations.

Paper & Glue is a film that challenges viewers’ perceptions by lifting the voices of people and places that are often overlooked. The film is the culmination of years of my work and includes an archive of photography and videos that span back to my adolescence. At the time of many of these recordings, I had no intention or awareness they could be used in this way. To have my work come full circle exemplifies the power of film, and the power of Paper & Glue. I hope this film further uplifts the essentiality of art and the potential it holds to reshape even our most ingrained beliefs. By challenging our expectations of people and places, I hope to change our greater perceptions of the world.

JR is the originator of the concept of “infiltrating art”. While executing his collages, local communities take part in the act of artistic creation, with no stage separating actors from spectators. The anonymity of JR and the absence of any explanation accompanying his huge portraits leave him with a free space in which issues and actors, performers and passers-by meet, forming the essence of his work.

JR has amassed a vast archive of his work over the past twenty years, and what I especially enjoyed about watching the archive was seeing how his art affected his subjects, particularly marginalized people, and witnessing their pride and joy. It was infectious as I screened the raw material. My hope was to create a film that condenses those feelings and weaves them into a coherent feature-length film. Due to Covid-19, we couldn’t do as much new shooting as we initially planned, so we relied heavily on the archive. Fortunately, the archive had many precious moments, such as when Rosiete from the favela in Brazil sees herself on the wall of a prestigious museum in Rio, or when the inmate in Tehachapi realizes that the important part of art is the process. JR is also a great storyteller, so we relied on his voice to create a sense of intimacy as if he is talking directly to you. His art is spectacular without any of the backstories, and I wanted to make sure that the film does justice to his artwork as well. Building the reveal of the final pasting was just as important to me. I hope we were able to create a film that encapsulated JR’s inspirational art and the richness of the stories and emotions behind them.